The Regional Transportation Commission of Southern Nevada, in conjunction with the City of Las Vegas and Clark County, worked with local artists to add artistic enhancements to the new ACE transit shelters at seven locations in the City of Las Vegas, and one in Clark County (a total of eight locations) for the Las Vegas Resort Corridor Downtown Connector project. Each stop consists of two shelters, one on each side of the street, so that together they serve buses traveling in both directions.

My Stop and Glow panels deal specifically with the 5th Street Liquor Store and associated neon sign. As I researched the history of the store, I felt like a voyeur looking into the past. Many of the photographs I found were not professionally taken, optimally composed, or lit with any thought of aesthetics - they were simply a moment of the past captured in an almost utilitarian way. I associate this utility with the constant watching of casino video security. I want the viewer to feel like they are looking through a security monitor, observing an everyday moment from the past. My images remain black and white to create calmness and visually seperate from the bright advertisements and neon that adorn our city. 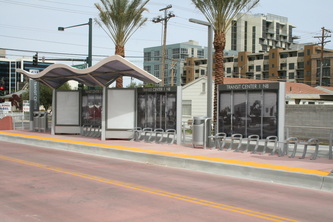 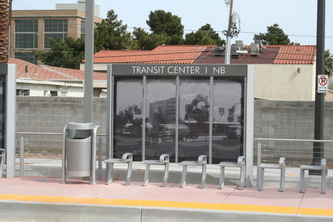 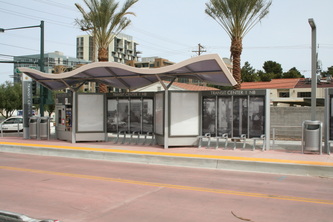 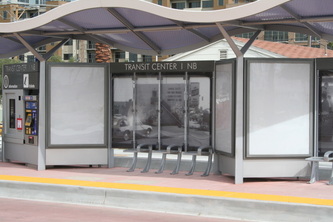 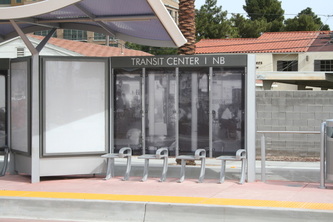 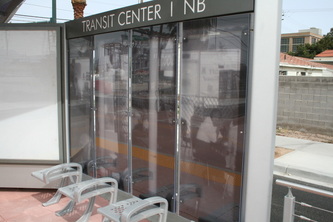 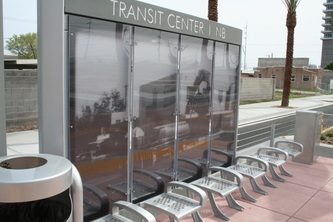 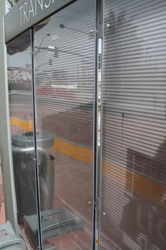 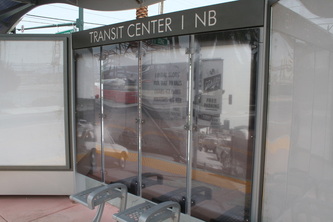 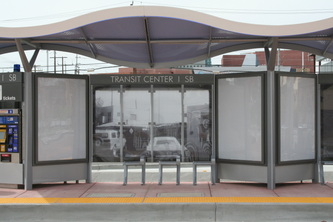 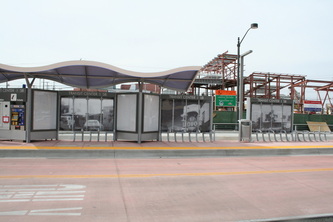 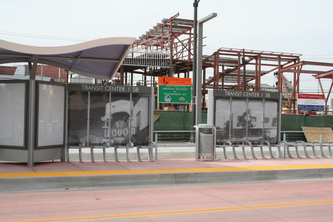 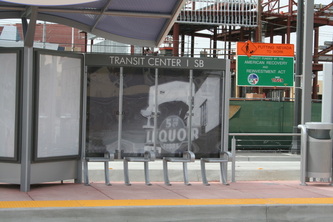 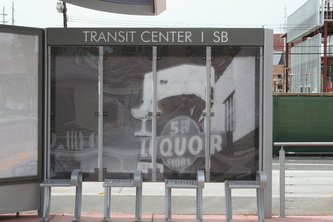 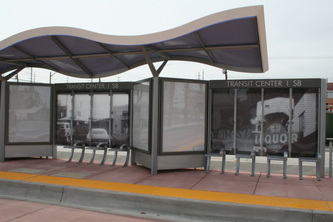 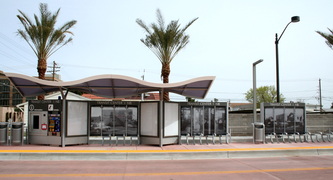